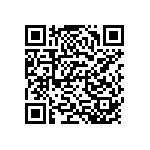 Welcome to Royal Solitaire, a patience game played by millions all around the world. As a classic single player game, Royal Solitaire challenges your brain and your patience alike. Patience or Solitaire games involve dealing cards from a shuffled deck into a prescribed arrangement on a tabletop, from which the player attempts to reorder the deck by suit and rank through a series of moves transferring cards from one place to another under prescribed restrictions. This Solitaire Collection offers FOUR of the best Solitaire card games for free in one app - Klondike Solitaire(one card solitarie), three cards solitaire, Spider Solitaire and Tri Peaks Solitaire. Klondike SolitaireKlondike soliter also called patience or cabale, family of card games played by one person is a computer game included with Microsoft Windows, based on a card game of the same name, also known as Klondike. The goal is simple: you need to build four stacks of cards with the same color and in an ascending order from Ace to King. Sounds easy, but requires a little bit of strategic thinking and forward planning.Game variations:- Solitaire 1 card draw (one card solitarie)- Solitaire 3 cards draw (three cards solitaire)Spider SolitaireSpider is a type of patience game. It is one of the more popular two-deck solitaire games. The main purpose of the game is to remove all cards from the table, assembling them in the tableau before removing them. Initially, 54 cards are dealt to the tableau in ten piles, face down except for the top cards. The tableau piles build down by rank, and in-suit sequences can be moved together. The 50 remaining cards can be dealt to the tableau ten at a time when none of the piles are empty.Tripeaks SolitaireHave you ever wanted to play a original Solitaire game that's easier than Spider Solitaire or yukon solitaire and just as fun? Tripeaks Solitaire combines the gameplay of regular Solitaire with a new set up and twist. Rather than completing decks by suit and number, you’re trying to destroy peaks or pyramids by removing cards. The object of Tri-Peaks is to transfer all the cards from the tableau to the waste pile, uncovering cards further up the peaks, making them available for play. Any completely uncovered card in the tableau may be moved to the waste pile if it follows either an ascending or descending sequence regardless of suit. Sequences may turn the corner with Kings building on Aces and Aces building on King. You win the game when you've removed all the cards from the tableau to the waste pile, demolishing the three peaks. You will see fireworks animation one you win the game and you will feel like in wonderland. CustomizationAnd while you’re in the options menu, why not change the look and feel of Royal Solitaire to your liking? You can change the design of the front and back of the cards independently from each other. And if you don’t like the classic green Solitaire table, why not choose red or even a neon glow coloring, if you learned your Solitaire skills on the streets of your home town?Features:- Klondike Solitaire, Spider Solitaire and Tripeaks Soitaire- Completely free card game- Fantastic different card designs and tables- Undo functionality- Hint functionality- Play offlineNoteRoyal Solitaire does not require access to the internet in order to play, but this free version is supported by 3rd party ads. Ads may use internet connectivity, and therefore subsequent data charges may apply. The photos/media/files permission is required to allow the game to save game data to external storage, and is sometimes used to cache ads.Please let us know what you think of this card game and rate us.Created by CYBERNAUTICA 2017 - 2019
Solitaire APK Version History