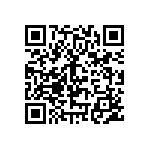 “Every French soldier carries a marshal's baton in his knapsack”- Napoleon Bonaparte☆The FIRST mobile MMO strategy based on the Napoleonic era☆Napoleonic Wars: Empires Rising is the newest grand strategy and fast-play tactical war game set during the turbulent time from Great French Revolution to Battle of Waterloo, where you take the role of famous generals for each major nations, Napoleon, Washington, Duke of Wellington, Nelson, Blucher, Kutuzov, Qianlong Emperor, Bolivar, and other military geniuses will follow you to dominate the entire world.Go back to the 18th century, the most detailed and comprehensive strategy game ever was created based on a time of struggle and conquest that forge the modern world.FEATURES:You Decide History!Massive historical events, fight through battles of the 19th century, with massive armies colliding in varied types of terrain. Use your strategy, and your allies to conquer a world of numerous empires and endless imaginationStatue of WarChoose Battle Path: Fight or Trade! Restore the timeline of Napoleon's epic battle, starting from the Toulon Battlefield, using strategic way to conduct combat, and customize the formation during battle in real-time: generals, equipment, weapons, horses and skills.Real-Time War StrategyExpand your realm all the way to an empire with correct strategy and tactics in an open world, trade, complete missions and discover technologies, recruit armies, conquer enemy’s cities and become the ruler of the world!Build Your TroopEach troop has its own characteristics, pick your troop and conquer the world by winning all battles. Unlock and train different types of troop from various countries, such as American militiaman, Prussian Jaeger, French Cuirassier, French 12-lber Artillery, and Polish Lancer. AllianceJoin an alliance to speed up development, get salary and earn military titles! Play with friends from all over the world and rally your allies to attack and defend!3D Game GraphicPVP and PVE CombatAttention! Napoleonic Wars: Empires Rising is free to download and play, but some items can be purchased for real money. If you don't want to use this feature, please disable in-app purchases in your device's settings. NOTE: A network connection is required to play.Official Facebook Address: https://www.facebook.com/NapoleonicWarsER
Rise of Empires: Napoleonic Wars APK Version History